Confidence High For Indy Offer Despite Crash In France

He may have crashed out of the penultimate round of the 2020 FIM Supersport 300 World Championship at a rain soaked Magny-Cours circuit in France, but the youngest ever British rider to contest the series is undeterred and heads to the season finale in Portugal in a fortnight intent on ending the year on a high.

The French circuit, the scene of his WorldSSP300 debut last year, once again threw the weather into the mix, with constant rain falling over the three days. Indy rode sensibly throughout the event, improving both his feeling with the bike and his lap times to start the Last Chance Race in P13.

A solid start, with some impressive mid lap sectors could and should have seen him notch at least a top ten finish but it wasn’t to be, the #18 Scuderia Maranga rider failing to finish the ten-lap race.

The championship moves on to a new circuit for World Superbike and its supporting classes – the Circuito do Estoril near Lisbon in Portugal.

Indy Offer:
“Friday was our first fully wet session of the year and the first time I had really ridden in those types of conditions since Magny-Cours last year, when I was a wildcard. It was a good day overall. FP1 was not really anything to compare to where we ended up in terms of setup and general bike feeling, but it was good to get the session under my belt. The team did a great job to improve things for FP2 and we were able to see the improvement. We still needed to find a couple more seconds but considering FP2 was really our FP1, I was happy. Today in FP3 is was very cold, about six degrees and nothing worked. We only had fifteen minutes so we couldn’t really make too many changes. It was raining for the race, but not as bad as it was on Friday. I made an ok start, but my opening sectors were fast and capable of the top ten or top eight, even on lap one! I was catching the people in front and I felt faster than them to be honest, but I took too much kerb and gave it a bit too much throttle and it all went a bit wrong. In my defence I wasn’t the only one to crash at that part of the track and I am leaving France positive that we now have a good setup in both wet and dry conditions. I can’t wait for Estoril in a couple of weeks to finish the season on a high. Big thanks as always to my team and to everyone who is supporting me.” 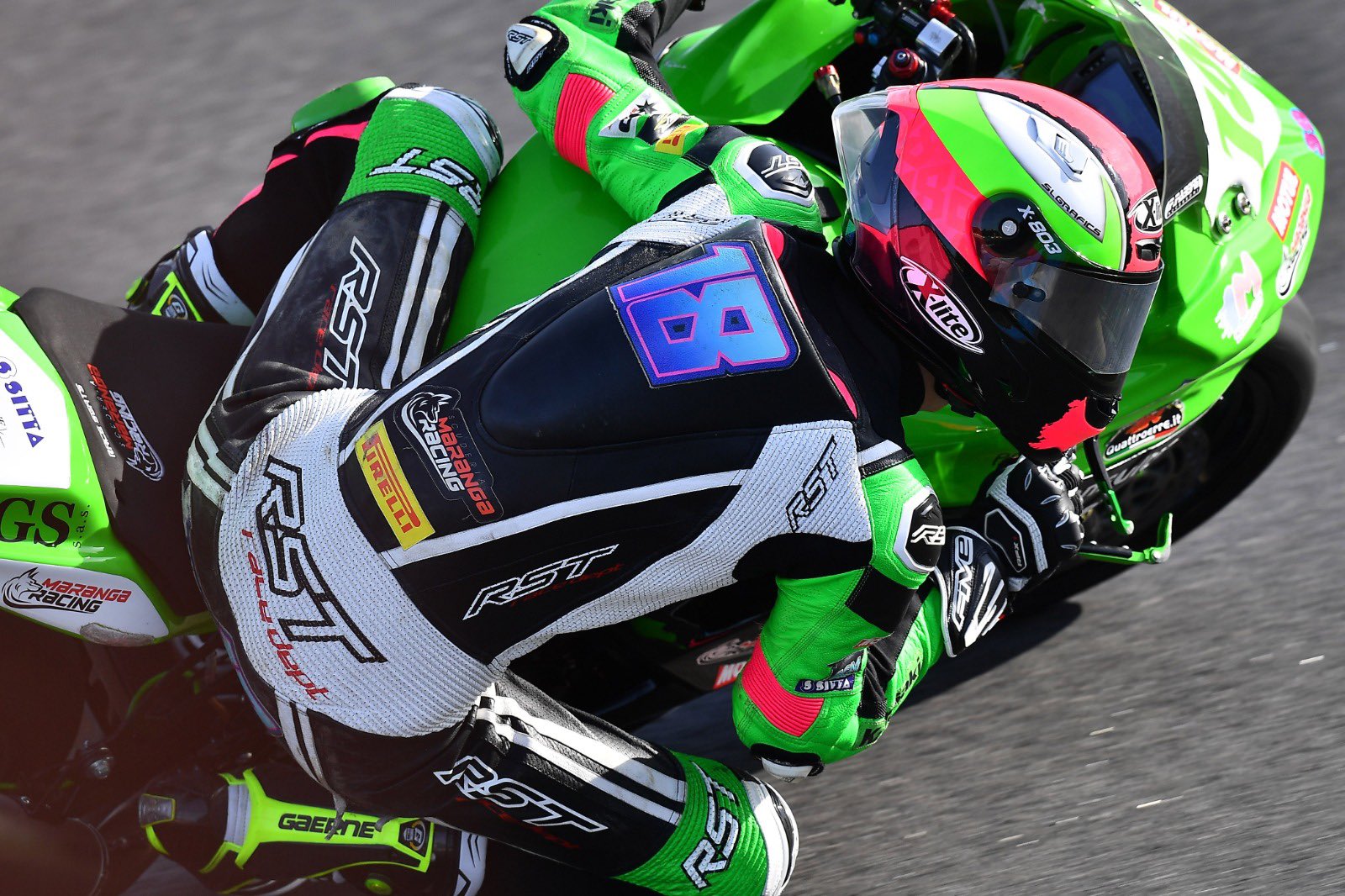